ADEXGO
Categories: Products for the prevention of metabolic diseases 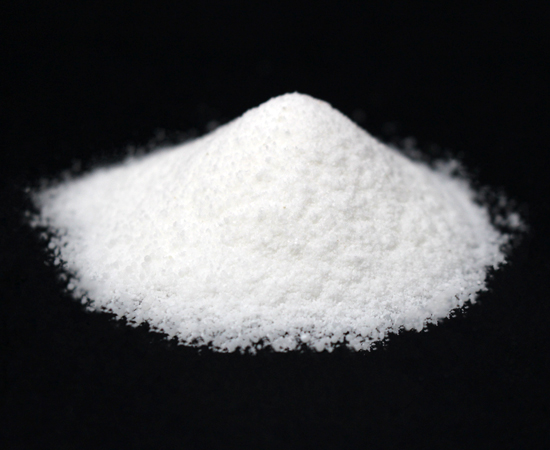 The physiological importance of niacin in animal organisms has been a well-known fact for a long time. Niacin is a constituent of two coenzymes, the nicotinamide-adenine-dinucleotide (NAD) and the nicotinamide-adenine-dinucleotide-phosphate (NADP). These coenzymes – connected to enzyme-proteins – transport the electrons in the synthesis and degradation of proteins, fats and carbo-hydrates, therefore they play an important role in the metabolism of the mentioned nutrients. There are just a few data mentioned in literature about the niacin-content of the feed to be utilized, thus it is difficult to determine exactly the niacin-supply of the ruminants.

Therefore, in practice the feed-portion of the animals is supplemented with niacin, especially in the periods of intensive metabolism (e.g.: in case of dairy cows, the first phase of lactation, weaning, starting the feed fattening, etc.). During the use of niacin, the safety of production increases, the possibility of energy-retention problems reduces. The niacin-content of the used forage significantly influences the niacin-synthesis of rumen-microbes, thus it is advised to dose a certain part of niacin supplemental in a rumen-protected form, which cannot or just to a limited extent can degrade bythe microbes.

The proportion utilized in the rumen has a positive effect on the operation of rumen-microbes. In case of plain niacin supplement, the propionic acid-concentration of rumen fluid increases, which – as a glucogenetic material – improves the glucose supply of ruminants, and it improves the effectiveness of lactose synthesis. The increasing propionic acid proportion improves the animals’ energy-balance; it also decreases the methane production in the rumen. Furthermore the niacin-supplement reduces the lactic acid concentration of the rumen fluid and it increases the pH-value of the rumen fluid.

According to the literature, niacin feeding – which is utilized both in the rumen and in the small intestine – has positive effect on rumen fermentation, on prevention of metabolic diseases (e.g.: acidosis, ketosis) and on N-metabolism and these positive effects occur simultaneously.

THE ROLE OF NIACIN IN PREVENTING AND IN TREATING KETOSIS

Ketosis is a metabolic disease, in which the quantity of ketone-bodies (acetoacetate, β-hydroxybutyrate, acetone) and the free fatty acids increase in the blood-plasma, while the glucose-concentration decreases. According to some surveys more than 50% of the high yielding dairy cows suffer from sub-clinical ketosis. In case of ketosis the appetite, the feed-intake, the live weight and the milk production of the animals decrease.

Around the period of calving, in case of feeding 6-12 g niacin daily and per animal, the glucose concentration of the blood-plasma increases, the proportion of ketone-bodies and free fatty acids decreases while the milk production also increases. The favourable effects can be traced back to the antilipolytic effect of niacin on adipose tissues (for example: it intensifies glucose transport to the liver cells through diffusion; it reduces the c-AMP-content of adipose and other tissues; it lessens the butyrin concentration in the rumen, etc.).

The products can be used effectively in the feeding of dairy sheep and goat.

For animals rumen protected methionine and choline IMPORTANCE OF... END_OF_DOCUMENT_TOKEN_TO_BE_REPLACED

For animals rumen protected methionine IMPORTANCE OF METHIONINE AND... END_OF_DOCUMENT_TOKEN_TO_BE_REPLACED

Retard rumen-buffer-product for ruminating animals Buffers are applied the... END_OF_DOCUMENT_TOKEN_TO_BE_REPLACED

Rumen-protected glucose product for dairy ruminating animals Due to... END_OF_DOCUMENT_TOKEN_TO_BE_REPLACED

ADEXGO Kft. was established in 2005 to ensure the preclinical background of pharmaceutical and dietary supplement product development.

The company has been carrying out intensive scientific research and commercial activity in the field of production and marketing of health promoting functional foods, supplementary feeds, and feed additives since 2007.